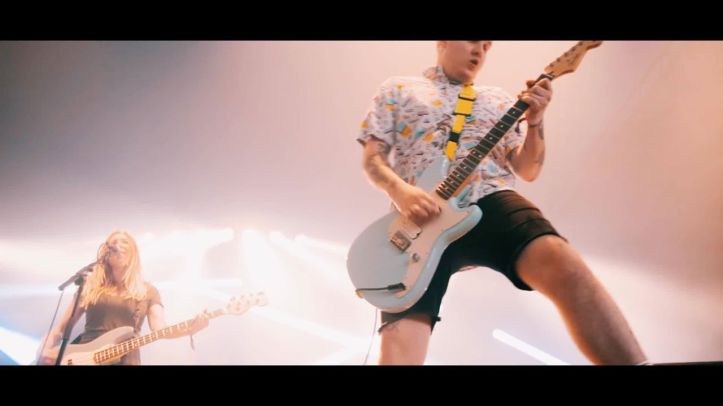 This isn’t the first time I’ve featured a Milk Teeth track – in fact it’s the third. The last time was back in April when I picked their brilliant song ‘Sharks‘. ‘Smoke’ is from the same eponymous album and the only reason I haven’t featured it sooner is because I like to try and pick songs from a range of bands and try not to go too heavy on one over the others. But believe me, I’ve wanted to pick it so many times because it’s great. Unfortunately, they’ve just split up – well, they announced it in September. So I guess now is as good a time as any to put this out there.

I’ve said before the band have (or at least had) a definite grunge and sub-pop feel to them for me, and this is no different. It’s a bit slower and more mellow than before I guess, but it brings to mind Hole – the Celebrity Skin era Hole where Billy Corgan was in one of the producers’ seats. (What you may not know is Celebrity Skin is one of my all time favourite records so this is high praise indeed from my perspective).

Yeah, this was a great band. They join a select few that I just want to keep picking from again and again. Great vocals, great musicianship. But hey, nothing lasts forever right? There’s a great album there that they’ve left behind for you to go and listen to. And who knows – sometimes bands reform, sometimes they produce some solo stuff, sometimes they create new bands… For now though, so long Milk Teeth and thanks. You did some great work.