To celebrate the festive season, Piston, the five-piece rock and roll band from Cannock, West Midlands, have recorded an electrifying homage to Slade by releasing a cover of their 1972 anthem “Mama Weer All Crazee Now” just in time for Christmas. The official music video features cameos from Bad Touch, Collateral, Gorilla Riot, Sons of Liberty, New Saints and Liberty Lies.

Piston recorded the single at Long Wave Recording Studio in Cardiff on October 27th with Romesh Dodangoda (Bring Me the Horizon, Funeral For A Friend, Motörhead) at the production helm.

Get your copy of the single: https://music.apple.com/gb/album/mama-weer-all-crazee-now-single/1489075391

“2019 has been an incredible year for Piston,” says guitarist Jack Edwards. We wanted to pay respect to one our favourite bands, Slade, who also come from the same neck of the woods in Wolverhampton. This Christmas single is a thank you to everyone who supported us this year.”

2019 started off with a bang, when Piston’s “One More Day” single was played on Planet Rock. This was followed by the single “Rainmaker” which also generated heavy airplay. Both songs were featured here on the blog as Tracks of the Day!

Piston won a competition on Planet Rock to play the Rising Stage at Ramblin’ Man Fair which went down so well, they’ve been invited back to the festival in 2020!

The band embarked on a UK tour with Collateral in September, followed by the Planet Rock Roadstars UK tour with Hannah Wicklund & The Steppin’ Stones and Gorilla Riot in October. Later that same month, the band supported The Cult on their Sonic Temple UK tour, Phil Campbell and the Bastard Sons and former Deep Purple icon Glenn Hughes on his Classic Deep Purple Live tour. 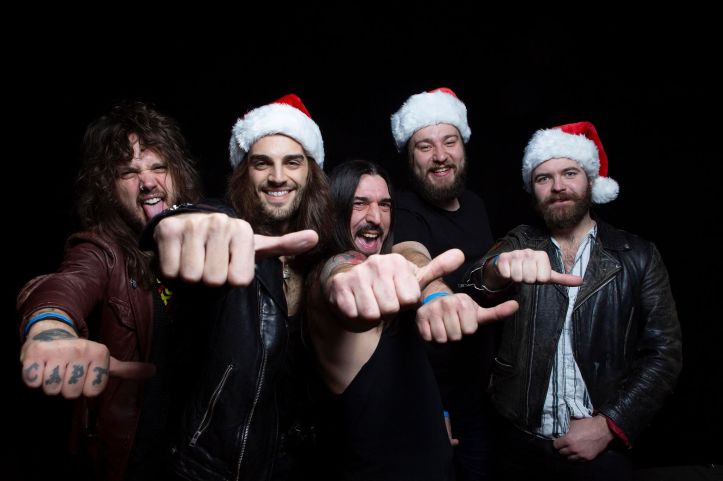