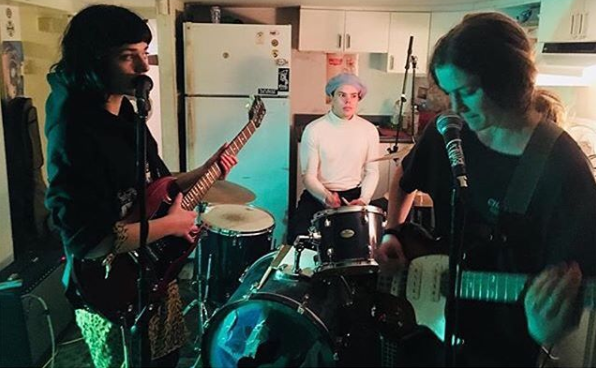 Dish Pit are from Montreal in Canada. I’ve seen them referred to as punk, surf rock, riot grrl, and I guess I can hear all of those things in there. To me, the minor chord progressions and badass energy of this brings to mind classic Sub Pop records – Mudhoney, Sleater-Kinney etc. etc. Vocalist Nora Kelly has a nice melodic voice though, which provides a bit of an uplift and gives this an extra edge.

Yeah, I like it. A lot. The band played in Liverpool last year apparently, and I only went and missed them didn’t I? Ah well, at least I can listen to all the singles they released last year and I’m sure there will be an album along shortly.