Track of the Day – THE DEAD DEADS ‘Ghosts’ 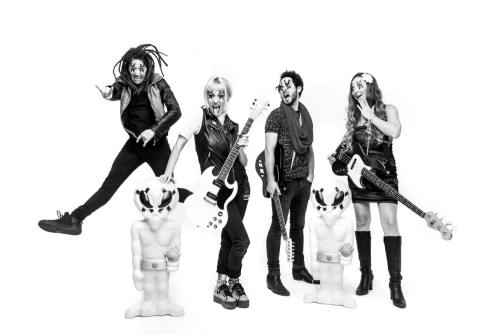 This is such a heavy-rocking, kick-ass track from The Dead Deads, and the trippy video is excellent as well. “Ghosts” is taken from the band’s upcoming album “Sketches and Animation”, set for release on January 26th, 2018.

More about The Dead Deads:

The Dead Deads are a hard rock/alternative quartet from Nashville, Tennessee. Followed and aided by their faithful fan army known as The Dead Corps, they have created a sound and a culture that is part heritage, part science fiction, and all ROCK. Heads bang as metal and grunge riffs are beaten into submission by relentless, often bombastic rhythms. Sixties harmonies, brutal growls and finely crafted wordplay force unexpected stops and odd time signatures into undeniable hooks creating a new brand of drum-driven rock–brutal, silly and sublime.

The band members are: